Should the free version include access to all multiplayer scenarios?

As you may know, my brother and I have been hard at work producing Ring Runner's new MOBA-like mode, a multiplayer scenario inspired by games like League of Legends and DotA with a twist of old school Silent Death and Subspace Continuum. It will feature base versus base battles, much like our current Spire Battle mode, but with the addition of defensive towers, cruisers, waves of drones, and more!

Once this mode is completed and released for all of our customers, our goal becomes to create a compelling demo, a free version of the game that displays what makes Ring Runner great in the quickest, most direct way. Beyond this, we want to ensure that multiplayer matches are possible to find without external coordination. We have thousands of fans world-wide, but divided by time zones and servers, it doesn't leave us with many concurrent players.

Our solution: to offer a limited, yet compatible multiplayer version for free. This multiplayer version would give players access to prebuilt hulls in order to get them right into the action. However, they would not be able to customize without purchasing the game. But just how much access is granted to players of the free version is something we're still debating.

This is where you come in!

How much should be included in the free version?

Should we restrict this version to MOBA mode only, or should all of the multiplayer scenarios be included? If we don't include all scenarios, finding matches in these versions would be more difficult.

As of now, the free version would restrict access to the first 15 unlockable, prebuilt ships. What are your thoughts on this?

Thanks in advance for your feedback!
-Enrique

However customization is one of this games biggest strong points. Maybe you should allow limited customization of the prebuilt hulls?

I agree, but it'd be complicated giving folks a limited amount of customization because certain builds require key pieces of equipment, which then lead to other builds, and the process chains. It'd be very difficult knowing where to draw the line. Perhaps we could allow them to customize their Corona node. We'll have to think about it!

The first I don't have an opinion on. I own the game, and have done so for a long time.

For the second one, yes, I'm good with this as it is now.

I think a free version with all multiplayer modes and a limited selection of gear and hulls is a great idea.

If recent games like Showdown Effect have shown me anything it's that Free To Play is dominating the multiplayer scene like crazy. Just about any kind of price tag attached to a multiplayer game is seen as a stigma these days, sad to say. So yeah, F2P multiplayer with limited but competitive loadouts available would probably give this game it's best shot at an online audience.

Good grief, I didn't even know Stigma was a word that normal people used. But yes, going F2P with at least part of the Multiplayer is a VERY good idea. Like a demo, but better if you can get enough people.

Haha, what's so strange about using the word stigma?

ECDryere wrote:Haha, what's so strange about using the word stigma?

Most people on the internet tend to stick to simple words. Either because they're from elsewhere or because they can't be bothered to use complex language.

(In my case, the first one applies)

I think only the multiplayer and maybe the first sector of the story to give a taste of what's to come, and give people an incentive to actually buying the game.

generally stick to the pre-built ships, I still think that you guys should wait and see what Totalbuiscuit's review does for the multiplayer scene, instead of just giving it out for free. 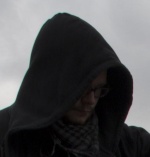 How about access to a limited number of prebuilt ships *plus* customisation with a limited pool of periodically randomised parts?

E.g. Cruiser Strike for one week and healing drone the next. This should allow players to sample abilities while enticing purchase at the same time.

Additionally, you could make some sort of system where they could buy their favorite gear and hulls for that mode. That would follow the free to play model and allow the free to play players to try out a bunch of stuff before diving into buying the game or individual hulls and gear. This would probably be a lot of work though, because you'd have to have some sort of system to do rotations and manage buying the individual hulls and pieces of gear.

A little bit more on the buying gear and hulls, if you choose to go that route, is pricing. After playing a few free to play games I've noticed that for gear and interchangeable items a pricing of about a dollar works (see tf2 and item buying). As for hulls they should be closer to $5-$10 and cost should scale off of how much "better" the hull is. That kinda follows the League of Legends model. These values and concepts are mostly based off of other things I've seen in free to play games, so I'm no real voice on the matters, but it seems to work for them. Yet again it has a larger fan base so it works better for them.