I played through Flight of the Sages. I have yet to read Derelict Dreams (looking forward to it!), but already I'm trying to think of more ways Triple-B could expand their incredible universe. Now, I know that Dryeres are busy working their behinds off on Popup Dungeon, but a lot of these ideas aren't very realistic anyway. Just a few ideas I was throwing around in my head. Feel free to suggest and discuss any more such ideas you come up with!

Further Expansions
I have yet to look too far into Space Defense League because I feel like it would take me longer to learn how to play that than it took for me to learn how to play the normal game. However, free expansions are awesome and I'd always look forward to more features added. Not sure how I'd feel about more story being added, though. I feel like the Nameless Sage's story as from the player's perspective has been told as much as it should, and it just wouldn't feel right to play a campaign mode (even if it were just a short DLC campaign) as a different character. I'd definitely still play it, though!

Trading Cards or RPG
Now, I've never gotten into trading cards and I've never actually played an organized role-playing game that wasn't a video game, but that doesn't change the fact that I find both of these things fascinating and seriously awesome. I feel like Ring Runner trading cards would be a really awesome thing and I would seriously consider buying them. An RPG is a little less feasible, but it's still a cool concept.

Board Game?
This one's a little unusual. I'm just throwing it out there... well, because. The other day I was looking through the insert we got with Stargate Universe Season Two a few years ago. It showed a bunch of merchandise for the Stargate franchise, among which as a board game. I thought, "Huh, I wonder if that was any good." I also noticed that the board looked ever so slightly like the rings in Ring Runner, and so I thought, "Huh, I wonder if a Ring Runner game would be any good."

Game 2
A second Ring Runner game is utterly unrealistic, unless of course it was a different kind of game entirely. D'ya think we could see a game of another genre set in the same universe many years down the line? It'd always be cool to visit some of the planets of the universe. All we saw in the game was space. Not that I'm complaining, though.

Book 2
What? I haven't read the first book and I already want a book 2? Well, actually Enrique mentioned on the Steam forum (and no doubt elsewhere) the possibility of writing a second book someday. More content for the Ring Runner universe is always good. Why wouldn't I want this?

Art Book?
I'm a sucker for beautiful artwork. I own the book The Art of Brave and it is one of my most prized possessions. I know Triple-B could never release a massive fullcolor 160-page book on the artwork of Ring Runner, but they could always release a much smaller book. Get Courtney to draw a bunch more original stuff for it or something. This is something I would buy.

And I'm sure I could think of more. If there's already a thread for this, I sincerely apologize. What are everyone's thoughts? 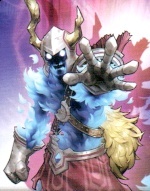 Re: The future of Ring Runner (suggestions thread)

I've done a bit of SDL, it's fairly simple... respawn every so often, take out other team... Do a single player experience in 5-10 minutes. Nothing too big to write home about. As for multi-player with other friends or online, not so sure, it probably gets hectic.

I wouldn't expect a new game of RR with new mechanics any time soon. But I would love to see the game expanded another 20 hours in a campaign, mostly odd-ball missions to keep you occupied or explore more of history and get more quirky feedback from your HUD. Perhaps some where you're super powerful, but most where you're relatively normal.

Boardgame, not sure. Trading card game? Hmmm... could be interesting... Take Magic the Gathering as a base, make 5 factions each that specialize, then have real built ships that could be summoned/hired. Damage/life would be a tenth to keep numbers simple for us humas. Course if it's only trading and no actual fighting involved, then pictures with perhaps famous pilots or sayings would be nice. Could work... Be funnier to have some 200-400 cards of the hud making comments similar to a tarrot deck, so you'd ask a question, turn the card over, and then he would give his response.. That could be funny as hell

As for an RPG system, probably just use HeroSystem or GURPS and a few rulesets to put it in the genre/universe. But being in space, probably combat would be in space and RPing would be done planet or station side, so it would probably feel more like StarWars (but without Jedi... Instead you have sages)